Teddiursa bumbles its way into centre stage for a reoccurring Pokémon Go event that increases the spawn rate for a specific Pokémon, while also boosting shiny rates and offering an exclusive move, along with a whole host of other bonuses!

The aptly named Little Bear Pokémon is a great choice for Community Day, not only because it is ridiculously cute, but also because it is a chance for Niantic to release its fully evolved form, Ursaluna, into the game, along with a brand new method of evolving Pokémon in Pokémon Go. All told, there really hasn’t been a better chance to go hunting for a shiny Teddiursa, Ursaring and its final evolution, Ursaluna.

This event is also perfect for catching a Teddiursa with 100% perfect IV stats and, if you achieve this feat, it’s a good idea to know Ursaluna’s best moveset.

Even if youre not fussed on this months Community Day Pokémon, there are a multiple other bonuses that may get you out and about, including the much-loved triple Stardust bonus.

How To Prepare For Pokemon Go Teddiursa Community Day

If youre going to take part in a Community Day, there are a few things you can do to prepare and get the most out of the event:

There will also be a ticket for the October Community Day Special Research story, Trick of the Light, available to purchase from the in-game Shop closer to the event date.

Recommended Reading: How Long Has Pokemon Go Been Around

This Pokemon Go Community Day Classic event will be featuring Teddiursa, in addition to several other bonuses. Currently, this Normal-type Pokemon only has one evolution in Pokemon Go, Ursaring, but this Community Day event will be debuting its final evolution, Ursaluna. You will need 50 Teddiursa Candy to evolve it into Ursaring, then 100 Teddiursa Candy to evolve it into its final evolution, Ursaluna.

Not only will you need to stock up on Teddiursa Candy to complete these evolutions, but you will also have an additional requirement if you wish to obtain Ursaluna. This final evolution has a unique requirement, the presence of a Full Moon in Pokemon Go, a new feature and evolution requirement.

You can expect to see this Full Moon from November 12, at 2 p.m. to November 13, at 6 a.m. local time. There is no indication on when there will be another Full Moon in the game, so make sure to stock up on Teddiursa Candy and complete this final evolution during this window if you wish to obtain this brand-new evolution.

Read on for all the info you need about Teddiursa Community Day! 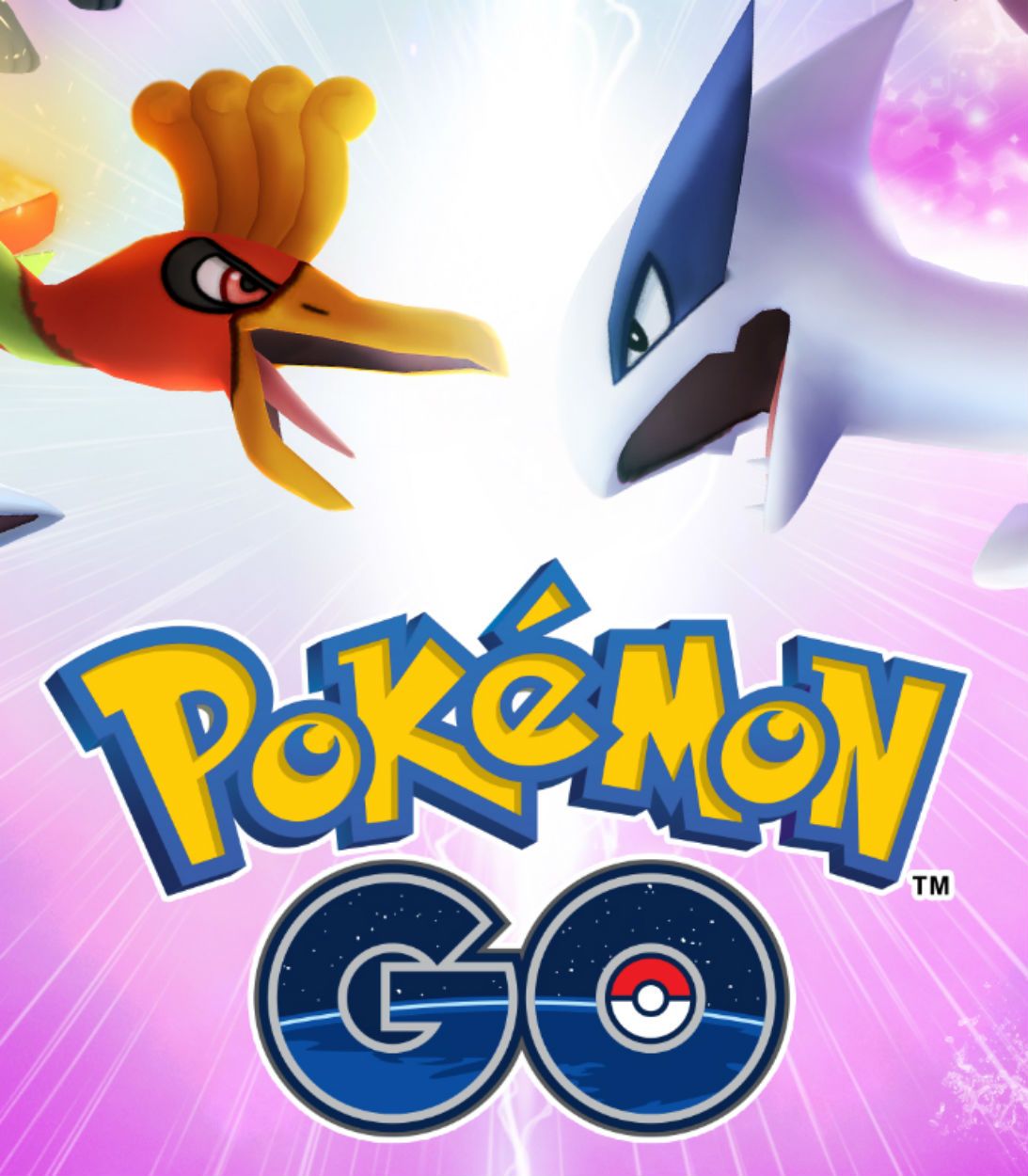 
Were excited to see this Dragon back four years later, for the Dreaming of Dratini Community Day Classic. Once again, embark on a hunt for Shiny Dratini, Draco Meteor Dragonite and more.

Be sure to check out our What makes Dragonite so Special in Pokémon GO? guide before the event.

Can You Catch Shiny Teddiursa On Pokemon Go Community Day

Yes, you can catch a shiny version of Teddiursa on the November 2022 Pokemon GO Community Day.

Additionally, there will be boosted odds for Teddiursa to be shiny for the whole duration of the Community Day event, from 2 PM 5 PM local time.


Shiny Teddiursa is bright green instead of orange and can be evolved into a shiny version of Ursaring and Ursaluna.

Dragonite’s signature Charged move Draco Meteor is guaranteed during this event when evolving Dratini. To evolve Dratini all the way to Dragonite, players need 125 Dratini candies. Excess candies used on Dragonite, one of the most powerful Pokémon in the game, can be saved to convert regular candies into XL candies. After 7:00 pm local time players will no longer be able to have their Dragonite learn its signature move.

This Community Day Classic event brings back the opportunity to obtain one of Pokémon GO’s favorites. With high stats, top-tier typing, and great moves, the Dratini evolution chain is one of the best choices for battles. Participating in Dratini Community Day on November 5th, 2022 brings a fun afternoon filled with catching new pseudo-legendary friends.

You May Like: How To Throw An Excellent Throw In Pokemon Go

Here’s everything you need to know about November Community Day:

Bonus 3:Double chance to receive XL Candy from catching Pokémon for players Level 31 or above

Bonus 5: Incense activated during the event will last three hours

Bonus 6: Trades during event and up to five hours afterwards will require 50% less Stardust

Bonus 7: Can conduct one additional Special Trade can be conducted between 2pm to 10pm , for a total of three Special Trades on that day


Bonus Raid Battles: Between 5pm to 10pm you’ll be able to take part in Ursaring four-star raids. If you attend these raids in person and win, Teddiursas will appear around the Gym which hosted the raid for 30 minutes. These Teddiursa will have their shiny rate increased.

How useful is this Community Day?

This Community Day is great for both new and experienced Pokémon Go players, because it introduces a new Pokémon – Ursaluna.

You need 100 Teddiursa candy and a full moon to evolve Ursaring into Ursaluna. Thankfully, a full moon will visible in the Pokémon Go sky from 2pm on Saturday, 12th November until 6am on Sunday, 13th November. This gives you more than enough time to add Ursaluna to your Pokédex!

To evolve Ursaring into Ursaluna in Pokémon GO, players must participate in Teddiursa Community Day, which starts on Saturday, November 12, 2022, at 2:00 p.m. and ends on Sunday, November 13, 2022, at 6:00 a.m. local time. During this event, a full moon will appear in the AR realm, enabling Trainers to evolve their Ursaring only for a limited period.

For a full breakdown of the Sweet Snacks Special Research Tasks, check out our dedicated page here.

How To Get Ursaluna In Pokemon Go

Ursaluna will make its debut during the Pokemon Go Teddiursa Community Day this Saturday. And while it will be available after the event, this weekend will be the easiest way to obtain one.


Luckily for trainers, they will have a guaranteed window to obtain this Normal and Ground-type Pokemon. From Saturday, November 12 at 2 p.m. local time until Sunday, November 13 at 6 a.m. local time, a full moon will appear in the skies of Pokemon Go.

After the event, trainers will need to wait for another full moon.

Use your 100 Candy on your Ursaring to get a guaranteed Ursaluna. Not only that, but trainers will also get the Pokemon with the event-exclusive move, High Horsepower. This Ground-type Charged Attack will deal 100 damage in trainer battles and 110 power in Gyms and Raids.

Recommended Reading: How To Log Out Of Pokemon Home

Pokemon Go has a slew of events lined up for this month, including two Community Days. The first takes place today, Nov. 5, and offers players another chance to catch the dragon Pokemon Dratini, which was previously featured during the February 2018 Community Day. Not only that, but a mysterious new Pokemon from Pokemon Scarlet and Violet is also appearing in the game following today’s event.

Here’s everything you need to know about the rerun event, including when it ends and what other in-game bonuses will be available. 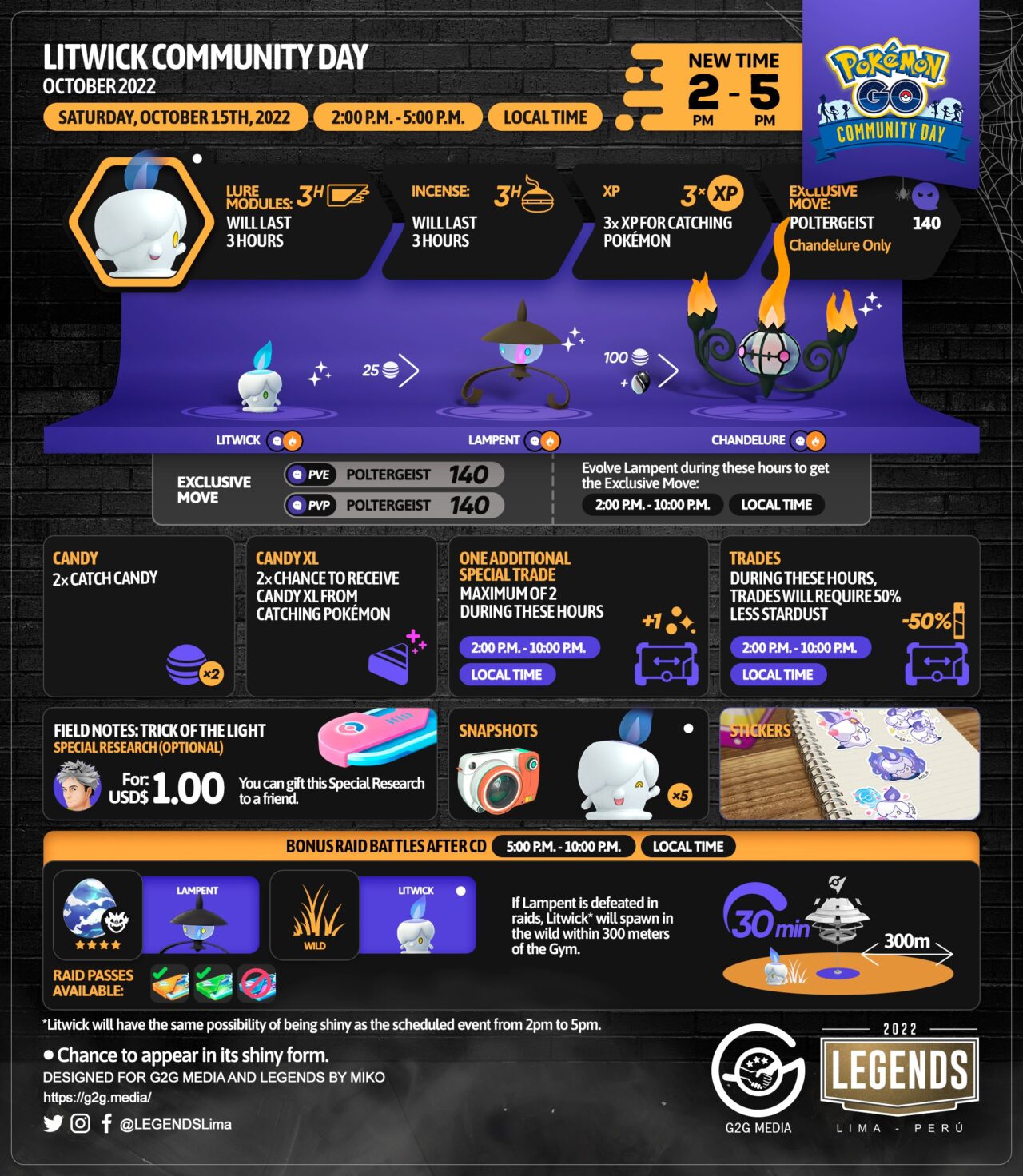 With the introduction of the Season of Light comes several new bonuses and features. The following features will be available to all players throughout this season of Pokemon Go, including during this month’s Community Day Event.

Also Check: What Level Can You Battle In Pokemon Go

Community Days in Pokémon Go always come with a string of bonuses, and Teddiursa Community Day is no different.

Some of these bonuses are always the same like increased spawns and increased shiny rates. However, there is a rotating set of other bonuses that come with Community Days, such as double or triple catch Candy, Stardust or XP.

A full list of Teddiursa Community Day bonuses can be found below:

Trainers participating in the event will not only have Dratinis to look forward to but also certain item bonuses:

Good luck hunting, trainers! May you find the shiny dragon of your dreams.

Prima Games is your resource for Pokemon Go questions, answers, and guides! Check out these great articles:

Read Also: Can You Trade In Pokemon Go

Niantic adds one last perk into the Community Day package:

You May Like: How To Tell If A Pokemon Can Gigantamax

What Are The Pokmon Go Community Day Event Bonuses

The event bonuses for the November Pokémon Go Community Day are:

Of course, theres more to the location-based title than Community Days, so if you want to see what other special content you can enjoy, make sure you visit our Pokémon Go events guide and Pokémon Go raids list. You should probably take a look at our Pokémon Go Eevee evolution guide as well, assuming you want to make the most of whats on offer to you.

Not only will Teddiursa be appearing more frequently during November’s Community Day, but it’ll also be able to learn a special event-exclusive attack upon evolving.

Each Ursaring that you evolve into Ursaluna before 10 p.m. local time on Nov. 12 will learn the ground-type Charged Attack High Horsepower. This move has 100 power in trainer battles and 110 power in gyms/raids, making it very handy to have.

Read Also: What Is A Fighting Type Pokemons Weakness

Mega Gyarados is returning for a special Raid Day event on Oct. 8. The fearsome Pokemon will be appearing in Mega raid battles from 2 p.m. to 5 p.m. local time, giving you more chances to earn Gyarados Mega Energy. Additionally, you’ll be able to earn up to five free raid passes by spinning the photo disc at gyms, and you’ll have an increased chance of encountering a shiny Gyarados in raids. 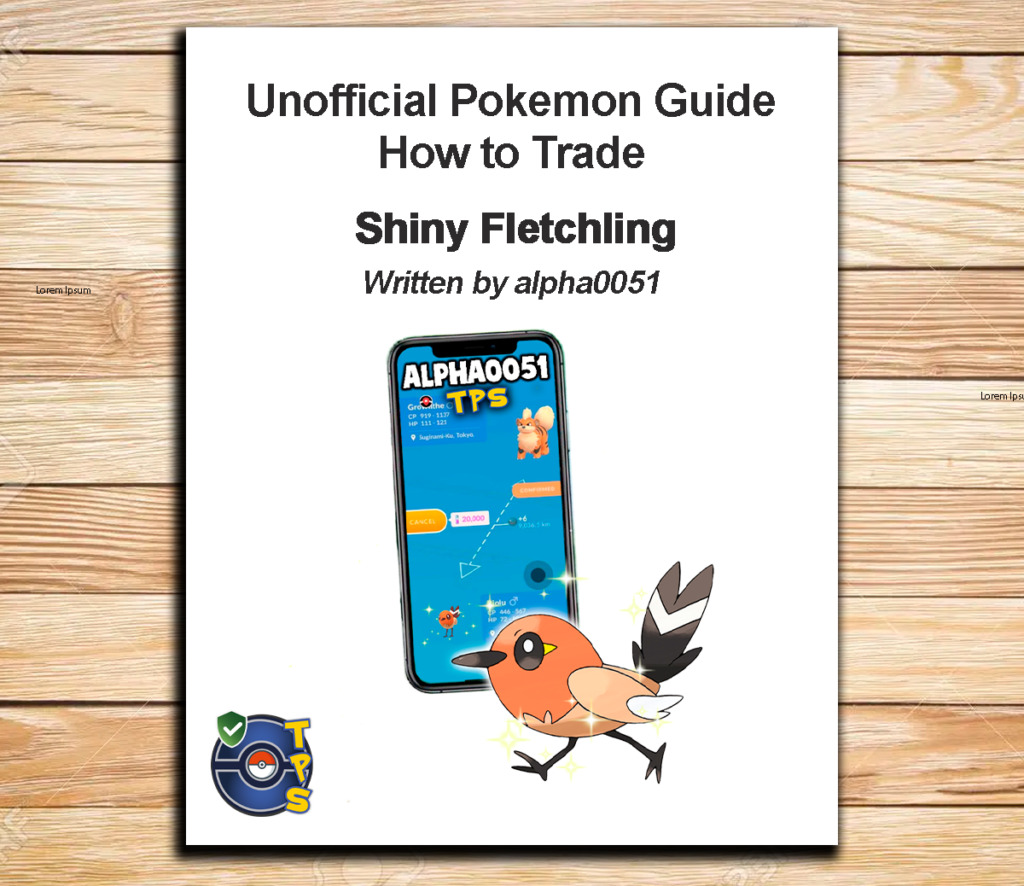 Teddiursa’s evolutions all follow the usual theme of becoming a bigger version of the one before. The Little Bear Pokémon Teddiursa evolves into the Hibernator Pokémon, Ursaring, which in turn evolves the Peat Pokémon, Ursaluna. You can read their official Pokédex entries below:

Fortunately, in Pokémon Go, all forms of a given Pokémon share the same resources this means youll need a total of 150 Teddiursa Candy in order to complete this evolution line 50 for Ursaring and another 100 for Ursaluna.

Novembers Community Day event runs between 2pm and 5pm , so you’ll have three hours to gather as much Teddiursa Candy as possible.

If youre hurting for candy, use Pinap Berries and Silver Pinap Berries to double the amount of Candy you earn from catching, and make sure to have a Normal-type Pokémon Mega Evolved a Pidgeot or Lopunny would be ideal to get one extra Candy per catch without any extra work.

Can Dratini be shiny? Yes! It’s possible to encounter a shiny Roggenrola during the September 2022 Pokemon Go Community Day, where the odds of encountering one are considerably higher. According to The Silph Road, shiny rates during Community Days are likely about 1 in 25. Shiny Dratini is pink instead of light blue. Shiny Dragonair is the same shade of pink, while shiny Dragonite is green with purple wings.

With so many Dratinis to catch, its likely that youll be able to farm enough candies to level up and evolve your Dratini all the way into its final form, Dragonite. And if you do so on November 5 between 2:00 PM and 7:00 PM, your Dragonite is guaranteed to know the Charged Attack Draco Meteor. Draco Meteor as a Charge Attack can be extremely powerful and great for nuking, so this is absolutely a Pokemon youll want to farm candies for.

Don’t Miss: How To Get Silcoon Pokemon Go

How To Evolve Eevee Into Espeon In Pokemon Go

What Is Good Against Fighting Type Pokemon