Can You Make Money From Mystery Power Boxes

*IS IT WORTH THE MONEY?* Walgreens Has New Pokemon Mystery Boxes! (opening)

You can make money from all Pokemon booster packs. However, chances are that you probably wont be making any money. If you are lucky enough to secure yourself a vintage booster pack then, maybe, you will be enjoying a bit of cash in your pocket. However, most people are probably just going to breakeven. These boxes are not supposed to be a way to make money. They are to have fun.

Can Pokemon Booster Packs Be Weighed

If you buy an official Pokemon booster pack then, no, you cannot weigh them. You would have been able to do so during the early days of Pokemon. However, every Pokemon booster pack will now include a holographic card, which means that you are no longer going to be able to tell the difference between Pokemon packs. We know that there are some people out there that claim that they can weigh the booster packs. However, we can assure you that this is something that has not worked for an exceedingly long time now.

What Comes In The Pokemon Mystery Power Box

As we said before, there are actually two versions of the Pokemon Mystery Power Box. You have the smaller version, which tends to be found at Walgreens, and then you have the larger version that comes from Walmart. We suppose that they are probably made by different companies. and only the Walmart one is actually called the Pokemon Mystery Power Box. However, we are going to call the smaller one that too, mostly because we have seen people online call the smaller box a mystery power box.


The small version of the box will contain:

As we said before, the mystery item will likely be a pin. However, it could also be an extra booster pack. This includes vintage booster packs starting at the base set.

The larger version of the box will contain:

The mystery item can be a foil card, pin, or even a vintage booster pack.

So, where do these coins and online game codes come from? Well, it is evident that companies have split up some of the larger promotional sets from Pokemon and repackaged them.


You May Like: How To Get Dragon Scale Pokemon Go

Can You Weigh Pokemon Mystery Boxes

The popularity of the Pokemon Trading Card game has resulted in many companies introducing their own sealed products. Walmart and Walgreens offer mystery packs. These contain random boosters, as well as a few other goodies. So, can you weigh these boxes to find out what is inside? That is what we wanted to find out.

So, can you weigh Pokemon mystery boxes? Yes, you can weigh Pokemon Mystery Boxes, and In fact, plenty of people do. Weighing the box may tell you whether you have an extra booster pack or something inside of the box.

We are going to expand upon this a little bit, including the sorts of weights that you should be looking for if you want strike it rich.

How Rare Are Vintage Booster Packs In Mystery Power Boxes 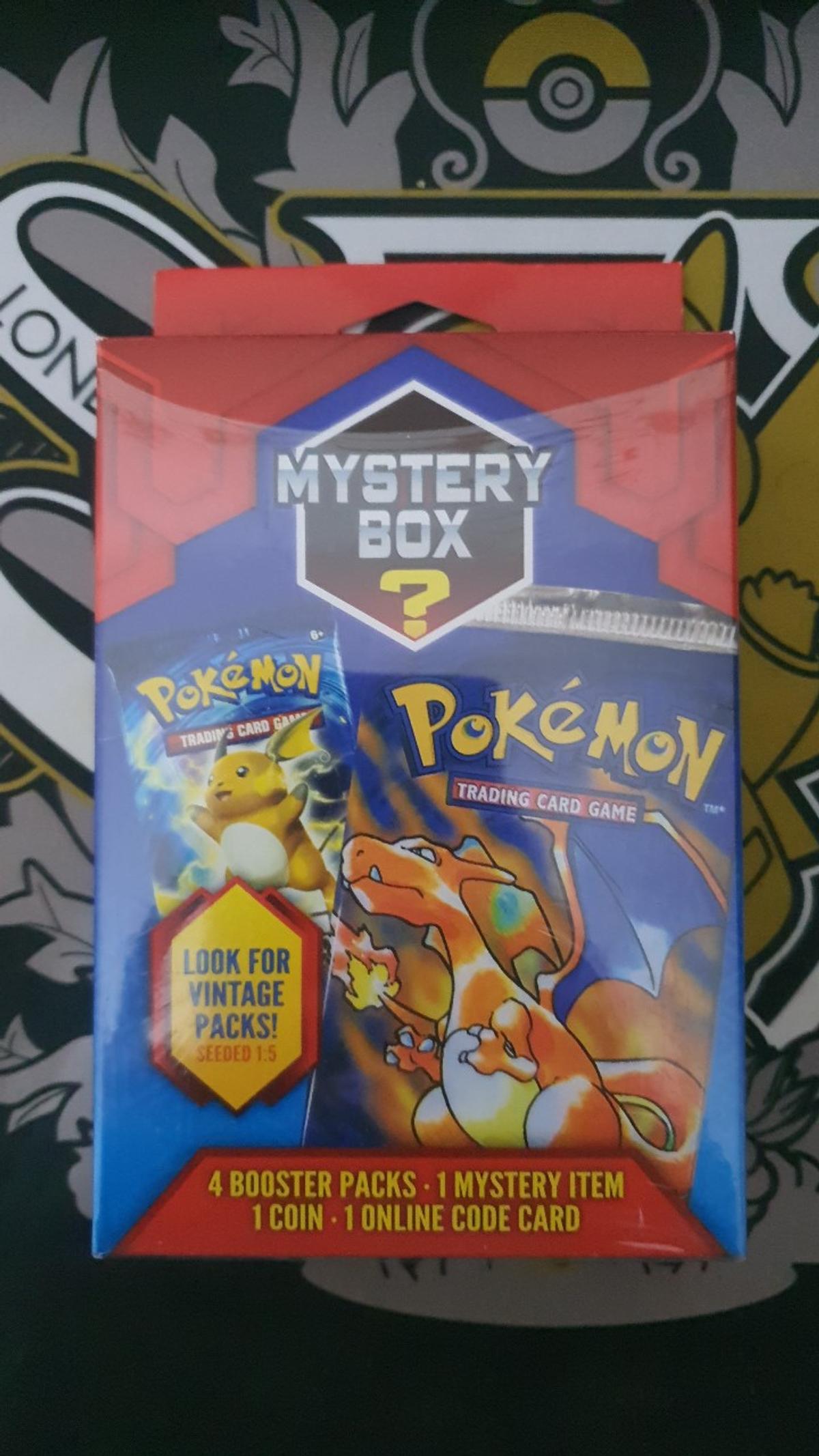 When we first saw these Mystery Power Boxes, we genuinely thought that the idea of having a vintage pack in them was a marketing exercise. We thought that you would probably find one or two over hundreds and hundreds of boxes.

In fact, they may be in 1 in every 20-30 boxes. Now, dont expect to find the rarest of vintage boosters there. That is never going to happen. Just expect to find fairly common vintage.

Recommended Reading: What Level Does Nickit Evolve In Pokemon Sword

How Much Does A Mystery Power Box Weigh

The Mystery Power Box has changed a little over the years. In the past, it used to be a little sealed box. In some cases, it will be a sealed box, often no bigger than a deck box. However, some versions have now been released at Walmart which are similar to the large promotional packs that Pokemon offers sometimes. This means that you will be able to see the majority of the contents in the box.

We can only tell you the weight of the smaller boxes because it seems that the larger boxes can vary wildly due to the extra packaging, and it isnt really an indication of what you will get inside. Well, unless the box is considerably heavier than it would normally be.


With the small boxes, you can expect a box with a pin to weigh between 112g and 115g. If your box weighs this amount, then we can assure you, you are not going to be getting an extra booster pack loaded into that box.

We recommend using a scale like this one, that can be found on Amazon, since it is pocket sized and weighs in .00g.

Us $169.00 shipping: Each box is guaranteed to include: Packs are pulled from the following releases. Free shipping for many products! Free shipping on orders over $25 shipped by amazon.


Also Check: How To Find Friends On Pokemon Go

Can You Weigh Walgreens Pokemon Mystery Boxes In Store

You can. However, lets be honest, it probably isnt going to be the best thing for you to do.

We have seen people head into these stores and weigh the boxes there and then. You can use a small set of digital scales for this. However, there are some that would argue that this is unfair on others that want the mystery of opening up the boxes. Is it really fair that people that carry around their own scales get all of the cool stuff, while those that enjoy the mystery will end up with nothing?

The choice is yours whether you want to actually weigh the Pokemon Mystery Boxes or not. Chances are that there are people in the store that are doing it anyway. Just bear in mind that you may end up with a few stars in your direction, and a lot of people online are not actually going to be happy with what you are doing.

As you may well know, these mystery boxes should contain the following:


The mystery item can be pretty much anything from the world of Pokemon. However, here is the thing. It can also be a booster pack from one of the vintage sets. This means that it can be worth a lot more money.

Where To Buy Pokemon Boxes